ABOUT US SUPPORT NEWS CONTACTS

Electrical grounding is an important safety measure for all types of industrial facilities and oil terminals are no exception. Oil terminals are responsible for the storage, transport, and transfer of crude and refined petroleum products, making it essential that all electrical equipment is properly grounded.

What is Grounging and the Reference Norms

Electrical grounding is the intentional connection of an electrical circuit to the ground, either directly or through a grounding conductor. This connection prevents the accumulation of static charges on the tank truck - due to the friction between the particles of non-conductive liquids such as hydrocarbons for example – which may lead to sparks igniting explosions in an hazardous environment.

By providing a low-resistance path for the current flow, it also helps reduce the risk of shock hazards, which can be potentially fatal, and explosion especially in places such as oil terminals.

The design and construction of earthing systems is regulated worldwide by the IEC 60364 standard.

In particular, in hazardous areas, the reference standards are:

Oil terminal operations provide a vital service to the oil and gas industry, transporting and storing fuels along their journey from production to end user. This process involves the movement of large amounts of product in various forms, from crude oil, to gasoline, and other refined products.

When fuel handling takes place between a production or storage facility and a means of transport, it is therefore necessary to ensure an equipotential bonding between the two, i.e. a conductor that joins two points with different voltages and allows electrostatic charges to flow smoothly between the highest potential point and the lowest potential point (earth).

The most common operation in oil terminals is the loading of road tankers, that can be performed either from above, through the hatch on the top of the tank, or from the bottom through a series of couplers that are placed on the side of the tank. 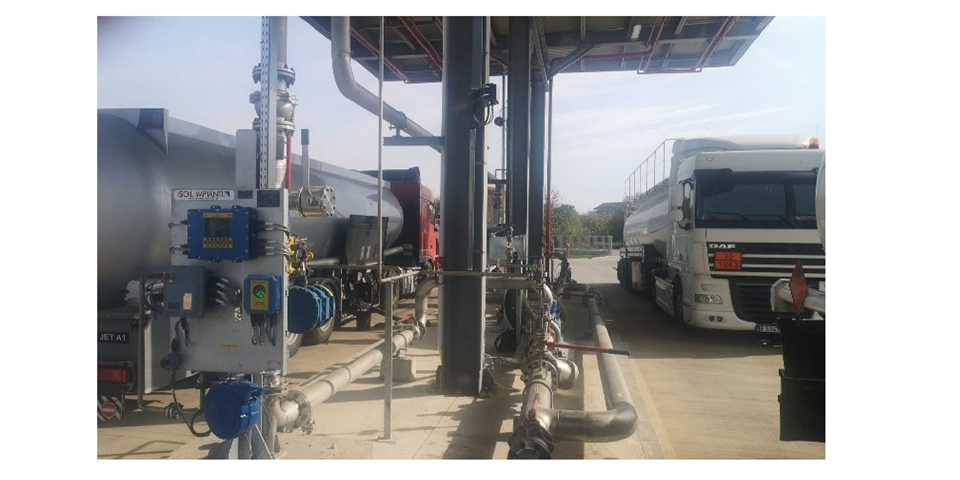 In both cases, safety procedures demand that before any operation, an earthing clamp must be connected to a special metal bar on the vehicle.

Even rail tankers, despite being grounded through the metal wheels in contact with the rails, need earthing devices that can secure operations by monitoring impedance during loading/unloading.

Moreover, MT40 also determines whether the impedance is only resistive, such as that in the case of a tank rail, or whether it has a capacitive component, typical of road tanks.

Thanks to the MT40, safety conditions are granted constantly: if during operation the connection is lost for any reason (disconnected clamp, damaged cable), the system stops the process immediately and a clear alarm signal is given.

An internal microprocessor stores a large amount of data from operations to provide valuable statistical data.

In conclusion, a grounding system is a very important device granting safety in any oil terminal.

The ISOIL MT40 grounding system can prevent the problems deriving from fuel management and human error and grant safe operation during loading and unloading.